Hyundai Santro was unable to replicate the massive success of Santro Xing in the market and there are several reasons for the dull showing.
By : Shubhodeep Chakravarty
| Updated on: 19 May 2022, 02:16 PM 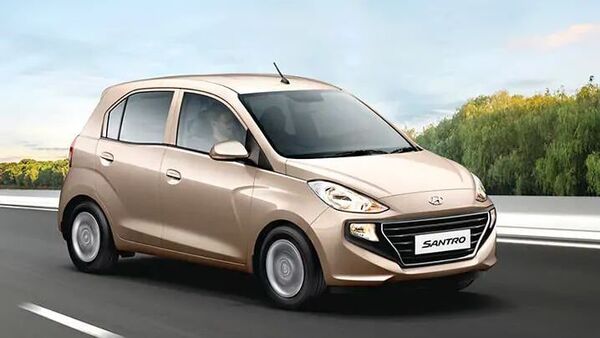 The newest Hyundai Santro was launched in 2018.

Hyundai Santro has been a rousing success story for the Korean automotive giant in India and over its long history in and association with the country, has managed to find millions of households. Santro, first launched in 1998, helped Hyundai establish a solid foothold in the market here, one that was dominated by Maruti Suzuki at the time. In fact, there was hardly any rival of note to Maruti Suzuki but in waltzed Santro with its tall-boy design, coupled with a spacious cabin and decent drive dynamics, to emerge as a viable alternative to Maruti Suzuki 800. And while Hyundai tried to replicate Santro's success with a completely new Santro launched in 2018. But alas, the second-generation Santro never did make any impact on all in the still lucrative small-car segment. And the production of the Santro has now been brought to a close in just four years at the facility in Chennai.

Living up to high standards set by a preceding model is no easy drive in the park but credit to Hyundai for the confidence it demonstrated in the new car and the faith in the same name. But for many who swore by Santro of years gone by, the new Santro just wasn't compelling enough. An entirely new design on the outside and within also meant there was no nostalgia that the name ‘Santro’ would evoke. 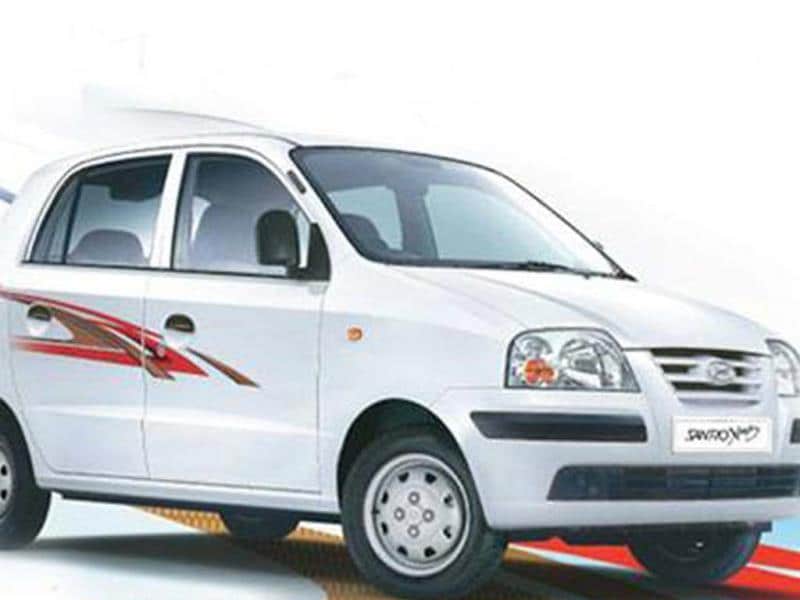 The tallboy design of Hyundai Santro Xing was an instant hit in years gone by.

With sales at a few thousand each month, Santro fell by the wayside and its eventual demise was just a matter of time.

Here are five possible reasons why the new Santro failed to live up to its name in the Indian car market:

The latest Santro just didn't have the xing in its exterior design as the Santro Xing did. Its length was slightly less, was slightly less tall and though it was wider and with a slightly longer wheelbase, the latest Santro wasn't exactly a tallboy design liked so admired by Indian customers of the Santro Xing. Take a look at the WagonR for instance. It has had numerous updates over the past decades but it still hasn't lost its tallboy design philosophy that is at its core.

Let's face it - when Santro was first launched in subsequent years, it did not have to face the wide gamut of rivals cutting across segments that the latest Santro had to deal against. While the small-car segment remains the volume driver in the market, it just isn't about mounting a challenge to Maruti 800s and Alto in subsequent years. One has the Renault Kwid, Tata Tiago or even the S-Presso that crowd the space. Then the likes of sub-compact SUVs like Renault Kwid and Nissan Magnite also made respective debuts at similar price points, at least in base variants. Options make a customer the king and in this empire, it is often survival of the fittest.

The Santro buyer may not necessarily look at engine specs as much as other factors such as space, features and price one has to pay for the vehicle. But that said, the latest Santro was still offered with a 1.1-litre petrol unit which produced 67 hp, or 5 hp more than the preceding model. Santro was never an enthusiast's car but a bit more fun in its drive traits would have made a nice addition to its resume. And while the engine was frugal, there wasn't much of a benefit in terms of mileage either with a claimed ARAI-certified figure of 20.3 kmpl.

Hyundai cars are quite easy on the pocket to maintain and that is true to date. But while the new Santro was also relatively inexpensive to maintain, the rivals in the Maruti camp remained the best in terms of ownership cost.