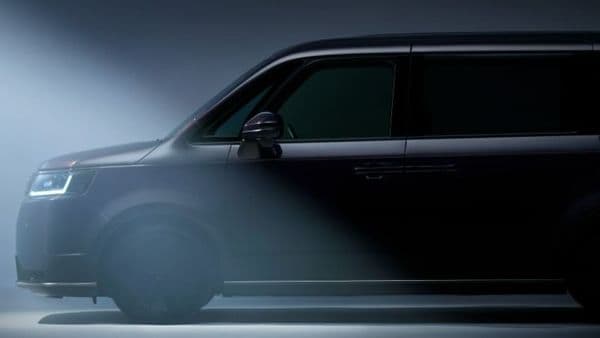 Honda has teased the new generation Step WGN minivan that is going to make its debut on January 7. The automaker will introduce this minivan in Japan. The new Step WGN minivan will compete with Toyota Noah and Voxy along with Nissan Serena.

The new minivan will come with Honda's hybrid powertrain that is going to make it a more fuel-efficient vehicle. The new minivan seems to have an evolved body design when compared to its preceding model with its two-box proportions, a flat tail and a horizontal window. At the front of the van, the new headlights that come with LED turn signal give it a more dynamic look- while the grille comes with a satin-chrome surround.

The teaser also offers pictures of the interior that show a three-row seating layout that offers a room for six passengers. The middle row features two individual seats with armrests and a reclining footrest. The dashboard of the minivan has a large free-standing infotainment screen. In terms of other features, one can also expect an efficient ADAS system as Honda has made significant progress in this sector.

The range will include Air and Spada trims with a wheelchair-accessible variant as well. The automaker will reveal more details about the minivan before its debut soon. The first deliveries are expected to begin in Japan in the mid-next year.

The first generation of the Step WGN minivan made its debut in 1996 and the current fifth-generation model that features a 1.5 VTEC Turbo engine came in 2015. It got a facelift in 2017. Next year will mark Honda's Step WGN minivan's 25th anniversary.