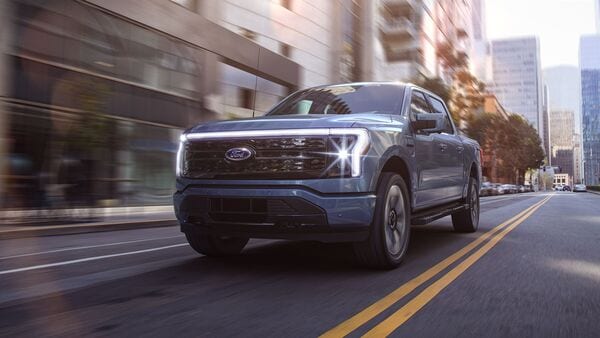 Ford Motor is planning to separate its EV business from its legacy ICE vehicle business in coming days. According to a report from Bloomberg, the Michigan auto giant hopes to ‘earn the sort of investor respect enjoyed by Tesla’ as well as other pure EV makers.

The reports says that Jim Farley, CEO at Ford Motor, wants to separate EV business to generate valuation like Tesla has over the years. US-based Tesla, world's largest manufacturer of electric vehicles, currently enjoys a market value close to $1 trillion.

According to the report, Ford may not split the company. It might go for internal rejig to come up with a separate EV unit. “We are focused on our Ford+ plan to transform the company and thrive in this new era of electric and connected vehicles. We have no plans to spin off our battery electric-vehicle business or our traditional ICE business," an email sent by Ford said.

“Running a successful ICE business and a successful BEV business are not the same," Farley said. “I’m really excited about the company’s commitment to operate the businesses as they should be. The EV business is fundamentally different in the customers it attracts, the way its products are built and the engineering and design talent that must be hired. We’re not seeking half measures. We’re done with incremental change. We have a clear plan, a bias for action and a whatever-it-takes mindset."

Ford has invested $30 billion till 2025 to step up its EV push. The carmaker plans to spend up to $20 billion by 2030 to convert factories to manufacture plug-in cars. The carmaker has increased the production of two of its EVs - the Mustang Mach-E and the F-150 Lightning pickup truck. It aims to produce 600,000 EVs annually in two years and generate as much as half its sales from battery-powered vehicles by 2030.