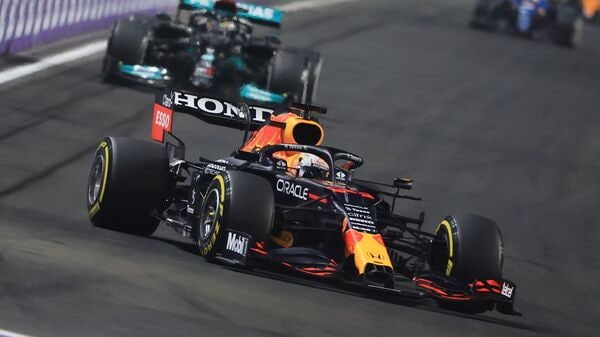 Red Bull will continue to use the Honda engine till 2026.

Austrian Formula One team Red Bull said on Tuesday that it is extending its agreement with Honda for engine development until 2025. This comes after Honda officially left the F1 at the end of last season. However, the two companies signed a deal where Honda has agreed to continue providing technical assistance for engine development to Red Bull and its sister team Alpha Tauri as well, claims AFP in a report.

The powertrains are currently manufactured and developed primarily by Red Bull, which is presently leading the constructors' championship, while their world champion driver Max Verstappen heads the drivers' chart.

Red Bull principal Christian Horner said in a statement that the F1 team's partnership with Honda had been an incredibly successful one. "We are pleased that this will continue until the end of the current era of the FIA's power unit regulations in 2025," he further said.

Meanwhile, the FIA will soon decide on the new engine rules for Formula One that will come into effect in 2026. As the report suggests, Red Bull is currently in discussions with Porsche for technological collaboration. The two companies are reportedly in discussion with a view to an agreement that could lead to the German luxury car manufacturer under the umbrella of Volkswagen AG taking a stake in the Austrian F1 team and becoming a technological collaborator from 2026.