Dubai Police force first inducted Ghiath SUV to its fleet in 2018. The SUV is touted as one of the most capable police vehicles anywhere in the world.
By : HT Auto Desk
| Updated on: 04 Apr 2022, 01:32 PM 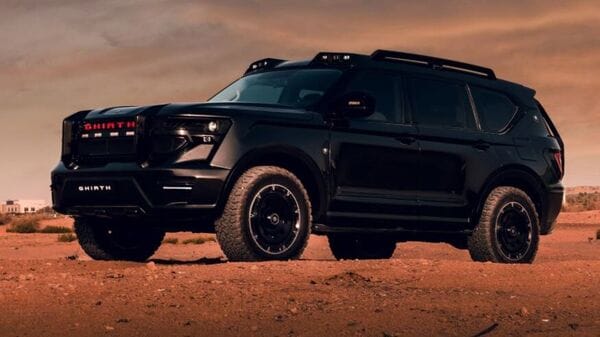 Ghiath from W Motors features cutting-edge technology that not only helps its drive capabilities but its ability to fight crime as well.

Dubai Police boasts of some of the quickest, some of the most luxurious and some of the most powerful vehicles in its fleet. From Bugatti, Ferrari and Lamborghini models to Rolls Royce, Mercedes, Bentley and more, the Dubai Police force isn't an adversary you would want to see in your rear-view mirror. And now, the force is all set to include as many as 400 smart patrol vehicles over the next five years to its fleet courtesy Ghiath, an SUV made entirely in the United Arab Emirates by W Motors.

According to a report by The National News, Dubai Police will induct 400 units of the Ghiath patrol SUV to further bolster its crime-fighting capabilities. The Ghiath is widely seen as one of the most capable police vehicles anywhere in the world. At Dh196 million (approximately $53.3million), the fresh batch of the vehicles would also be one of the first to be entirely manufactured in the country. "We and W Motors have a common vision that revolves around keeping across the latest developments in the field of mobility and we look forward to using it to ensure the highest levels of public safety in Dubai," Dubai Chief of Police Lt Gen Abdullah Al Marri was quoted as saying.

What makes the Ghiath a mean-machine that has few rivals?

The Ghiath SUV has been part of the Dubai Police fleet since 2018, and for good reason. It boasts of an advanced communication system which is linked to the main command room of Dubai Police. It can constantly track cars deemed suspicious, from a considerable distance and is also equipped with an artificial intelligence system which was developed with the help of Safe City Group which specialises in AI, security forecasting and crime response. The other feature highlights include a 360-degree deployable periscope camera, eight exterior surveillance cameras and facial and licence plate recognition systems.. There is also a ginormous 16-inch main screen inside the cabin.