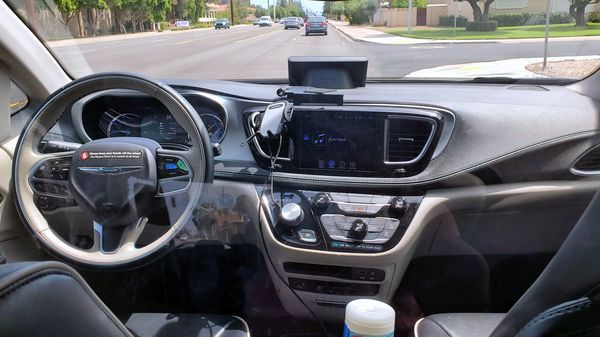 The self-driving system is one of the major automotive technologies disrupting the global auto industry. Several global auto majors, automotive and technology startups have been working on this technology for quite some. In several cities around the world, autonomous driving vehicles are running on a trial basis for further improvement through research and development. However, commercial use of driverless vehicles has so far been tentative. Abu Dhabi becomes the latest among them as driverless cabs have started trial runs there.

With this strategy, the United Arab Emirates have inched forward towards an autonomous driving future. Bayanat, a branch of the Abu Dhabi-based Group 42 tech company, launched the trial of four driverless vehicles in November. These driverless cabs include two pure electric and two hybrid vehicles, under the name TXAI, reports AFP.

The robo-taxi operator is planning to launch at least ten vehicles and add multiple locations across Abu Dhabi in the second phase of the trial run.

The company is also aiming to up[grade its technology from current L3 to L4, where the vehicles will not require any manual intervention at all.

Interestingly, Abu Dhabi is not the only member of the UAE eyeing a driverless future. Neighbouring Dubai too is aiming to make 25 per cent of all of its transport completely driverless by 2030. This strategy is claimed to cut costs, pollution and accidents. Dubai aims to launch a small fleet of self-driving taxis by 2023. The number of these robo-taxis are planned to be increased to 4,000 by 2030.