China's state planner had issued a series of measures in June to revive a slump in car sales but these had fallen short of automakers' expectations and done little to spur sales.
By :
| Updated on: 15 Nov 2019, 05:52 PM 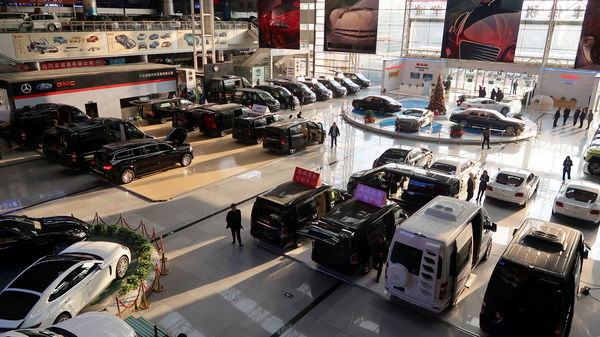 The country's car manufacturers are grappling with the pressures of falling sales in the world's largest car market and are seeking new policies.

A senior official at the China Association of Automobile Manufacturers (CAAM), Zeng Guang, confirmed to Reuters that the meeting had been organised in Beijing by the association's magazine Auto Review.

He declined to provide details of the discussions but said participants had agreed that the current sales decline was normal given how China's car market was still developing.

Sources told Reuters the meeting was titled "cars for the rural areas", emphasising the need to target sales outside of the country's cities where sales have been especially weak.

China's state planner had issued a series of measures in June to revive a slump in car sales but these had fallen short of automakers' expectations and done little to spur sales.

Sources with knowledge of the meeting said government officials told participants they were considering policies to expand the second-hand car market in rural areas and to improve vehicle retirement policies. They also urged firms to develop electric vehicle models that are suitable for the rural market.

However, government officials warned that short-term stimulus policies would hurt the industry's long-term development and was not a route Beijing was keen to pursue. They did not make any commitments during the meeting, the sources said.

A senior official at CAAM told Reuters last month auto sales in China may drop around 8% to 26 million this year but were ultimately still on track to hit 30 million by 2023 with further headroom.

Government officials from the National Development & Reform Commission (NDRC), Ministry of Industry and Information Technology (MIIT) and Ministry of Commerce attended the meeting, two sources with direct knowledge of the matter told Reuters.

The NDRC, MIIT and the commerce ministry did not immediately respond to faxed requests for comment.

Executives from domestic car manufacturers and foreign firms' joint ventures were also in attendance, they said.

According to a document seen by Reuters, Volkswagen's local venture with FAW Group, General Motors' Guangxi-based venture with SAIC, Nissan's venture with Dongfeng and Chinese brands such as BYD were on the invitation list.

Volkswagen, General Motors, Nissan and BYD did not immediately respond to requests for comment.