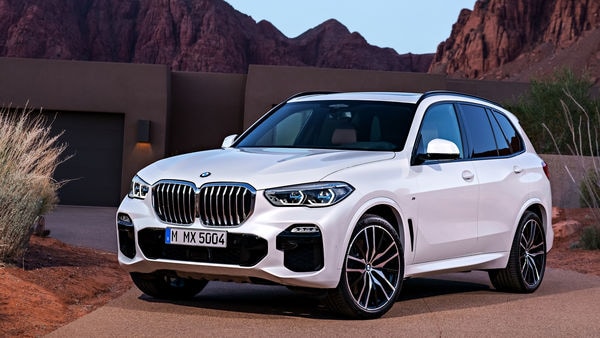 The 2020 BMW X5 xDrive40d and X6 xDrive40d will be launched in Europe later this year with an electrified 3.0-litre straight-six diesel engine. Both models can sprint from 0-100 kmph in just 5.5 seconds.

Both cars will boast a newly developed straight six-cylinder diesel engine with a 48-volt starter generator. The power output of the combustion engine has been increased to 250 kW/340 hp, promising a more intense driving experience.

The new diesel engine develops a maximum torque of 700 Nm becoming available between 1,750 and 2,250 rpm. The engine achieves a maximum power output of 250 kW/340 hp at 4,400 rpm. Whether on the road or on off-road terrain, power is transferred in the new BMW X5 xDrive40d and the new BMW X6 xDrive40d via an 8-speed Steptronic transmission and intelligent BMW xDrive four-wheel technology, which helps enhancing agility during cornering due to a rear-wheel accentuated set-up.

Two-stage NOX exhaust gas treatment, which was introduced as a standard feature on diesel models in 2012, has been further developed. This component, which is close to the engine, now comprises an oxidation catalyst converter and an SCR coating on the particulate filter. This helps the new BMW X5 xDrive40d and the new BMW X6 xDrive40d compliant with the mandatory regulations of the Euro 6d emission standard, which will be implemented in 2021.

The new diesel engine is assisted by the 48-volt starter generator of the mild hybrid system. The additional electric output of 8 kW/11 hp promotes spontaneous power delivery. Electric boost enhances dynamics when starting and accelerating. This helps the BMW X5 xDrive40d and the new BMW X6 xDrive40d to sprint from 0 to 100 kmph in just 5.5 seconds.

The powerful 48-volt starter generator provides for spontaneous and low-vibration starting and re-starting of the combustion engine when using the Auto Start Stop and “sailing" functions. As a result, it is also possible to not only disconnect the engine during the sailing phases, but also to switch it off entirely.