The pictures, reportedly taken from the official booklet, confirms a newly designed BMW grille, in line with the Concept 4 unveiled by the company earlier.
By : Sabyasachi Dasgupta
| Updated on: 01 Jun 2020, 03:59 PM 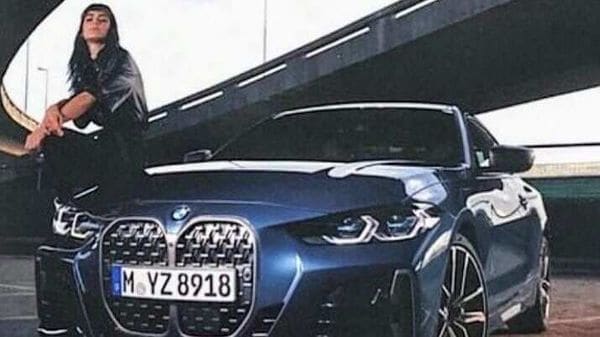 Days after BMW teased a picture of the upcoming 4 Series Coupe, more details about the new car has been revealed through the carmaker’s booklet on the new BMW M440i xDrive.

At the rear, the typical L-shaped tail-lamp cluster has become slimmer. Besides the changes in the front, the new BMW 4 Series Coupe has fewer lines on the sides which gives it a cleaner look.

BMW has also confirmed that the new 4-series will sit 57 millimetres lower than its four-door counterpart. The top-end variant M440i xDrive Coupe will be powered by a straight-six engine delivering maximum output of 275 kW/374 hp. It is coupled with a 48V mild-hybrid technology to provide a boost during acceleration. The additional 8 kW/11 hp generated by the electric boost effect underpins lightning-fast off-the-line getaways and in-gear sprints.

Fresh leaks ahead of next week reveal: 2021 BMW 4 Series Coupe...yes, the grille is here to stay.

Mentioned last week, the concept car was 85% of what you see on the production car. pic.twitter.com/6Djkmodn0u

The power generated by the engine in the new BMW M440i xDrive Coupe is channelled to the road via an eight-speed Steptronic Sport transmission and the all-wheel-drive system. The M Sport differential is also on hand to make sure that drive power is deployed to optimum effect in demanding driving situations. The locking effect generated by an electric motor limits speed equalisation between the inside and outside rear wheel when cornering, thereby enhancing traction and handling stability while enabling the driver to power out of bends with considerable dynamic verve.

The all-new BMW 4 Series Coupe will be officially launched with all the details on June 2. It is expected to be available in the market within this year. The German carmaker seems to be on track with its new products so far. The BMW 4 Series launch comes days after the carmaker took the covers off the new 5 Series Sedan and 6 Series Gran Turismo.