Miller, 47, requested the leave on Sunday, and her replacement by Executive Chairman Mike Jackson is effective Monday, AutoNation group said in a regulatory filing.
By : Bloomberg
| Updated on: 15 Apr 2020, 03:00 AM 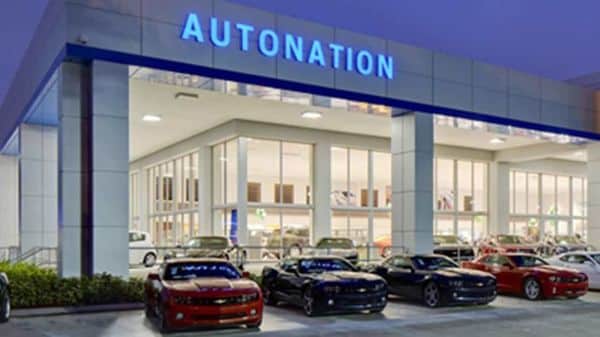 AutoNation Inc. granted Chief Executive Officer Cheryl Miller a leave of absence for health reasons and said its long-time former CEO would replace her until she returns.

Miller, 47, requested the leave on Sunday, and her replacement by Executive Chairman Mike Jackson is effective Monday, the largest U.S. auto-dealership group said in a regulatory filing. Jackson, 71, was CEO of the company for an almost 20-year period ending in March 2019.

AutoNation didn’t disclose the nature of Miller’s health condition. The Fort Lauderdale, Florida-based retailer said earlier this month that shelter-in-place orders related to the Covid-19 pandemic were significantly restricting business in markets where it generates almost all of its revenue. New- and used-vehicle sales fell by roughly half during the last two weeks of March, and the company’s parts and service business has been operating below full capacity despite dealerships being deemed essential services in most markets.

To cope with that fallout, AutoNation also said it halted $50 million in capital expenditures, furloughed 7,000 employees, and slashed Miller and Jackson’s pay by half.

A representative for AutoNation wouldn’t comment on the nature of Miller’s health issues, citing privacy concerns. “We wish Cheryl nothing but the best," said spokesman Marc Cannon.

Miller took over as CEO in July from Carl Liebert, who initially succeeded Jackson as CEO last year but lasted in the job just four months. Formerly AutoNation’s CFO, Miller became the first woman to run the biggest automotive retailer in the U.S. and one of the few female senior executives in a still male-dominated industry.

She oversaw AutoNation’s restructuring in early 2019 in anticipation of a downturn in auto sales, and is credited with negotiating its partnership with Waymo, the self-driving unit of Google parent Alphabet Inc. The auto dealer is servicing the tech company’s self-driving ride-share vans in Phoenix, Arizona.