Audi celebrates 50 years of its A4 predecessor 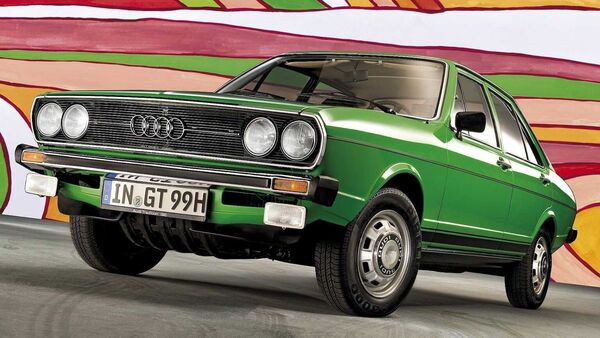 Audi 80 is one of the most important models of the German luxury car brand ever built. Debuted during the 1972 Olympics, the Audi 80 is basically the predecessor of the current Audi A4 sedan. It was introduced as a compact sedan in the B segment, internally codenamed B1. The German luxury car brand under the Volkswagen AG umbrella is now celebrating the 50 years of this iconic classic sedan.

(Also Read: Lightyear 0 can run up to seven months on a single charge: Details here)

Speaking about the Audi 80, Oliver Hoffmann, a member of the board of management of Audi AG for technical development, said that in an impressive way, the Audi 80 demonstrates Vorsprung Durch Technik.

The automaker claims that the first Audi 80 was lightweight, with the base model having two doors and weighing 835 kg. It had an overall length of 4,180 mm and a wheelbase measuring 2,470 mm. The compact sedan was praised for its design, handling and performance. The automaker also claims that Audi 80 was commercially hit among the consumers in Europe and US. It became the auto company's first-ever million-unit selling car. Its successor Audi A4 has already sold more than 12.5 million units around the world.