A Rolls-Royce inspired by Solar System: Bespoke Wraith is special among specials 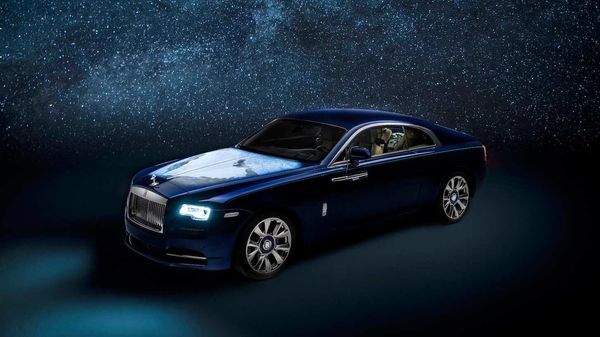 It took more than 100 hours to complete the artwork on the bonnet of the Rolls-Royce Bespoke Wraith.

Rolls-Royce cars have long been the pride possession of the rich and famous, and the envy of all others. Promising unparalleled automotive luxury, the offerings from the British car maker stand at the pinnacle of the pyramid of opulence and engineering marvel. But what does it truly take to raise an already sky-high bar even higer, potentially into the solar system? Well, a car that is inspired by the solar system itself, of course. So, say hello to Rolls-Royce Bespoke Wraith, commissioned by Rolls-Royce Abu Dhabi that features unique air-brushed artwork depicting the Middle East as seen from space.

The special-edition and extremely exclusive Rolls-Royce Bespoke Wraith features a bonnet artwork which depicts a satellite’s-eye view of the Middle Eastern region. The car maker states the panorama extends across the Red Sea, the Arabian Sea and the Gulf of Oman in an artwork carefully air-brushed by hand that took more than 100 hours to be completed. The exterior is finished with a hand-painted Emerald Green coachline incorporating the Sun and the eight planets of the Solar System - Mercury, Venus, Earth, Mars, Jupiter, Saturn, Uranus and Neptune. 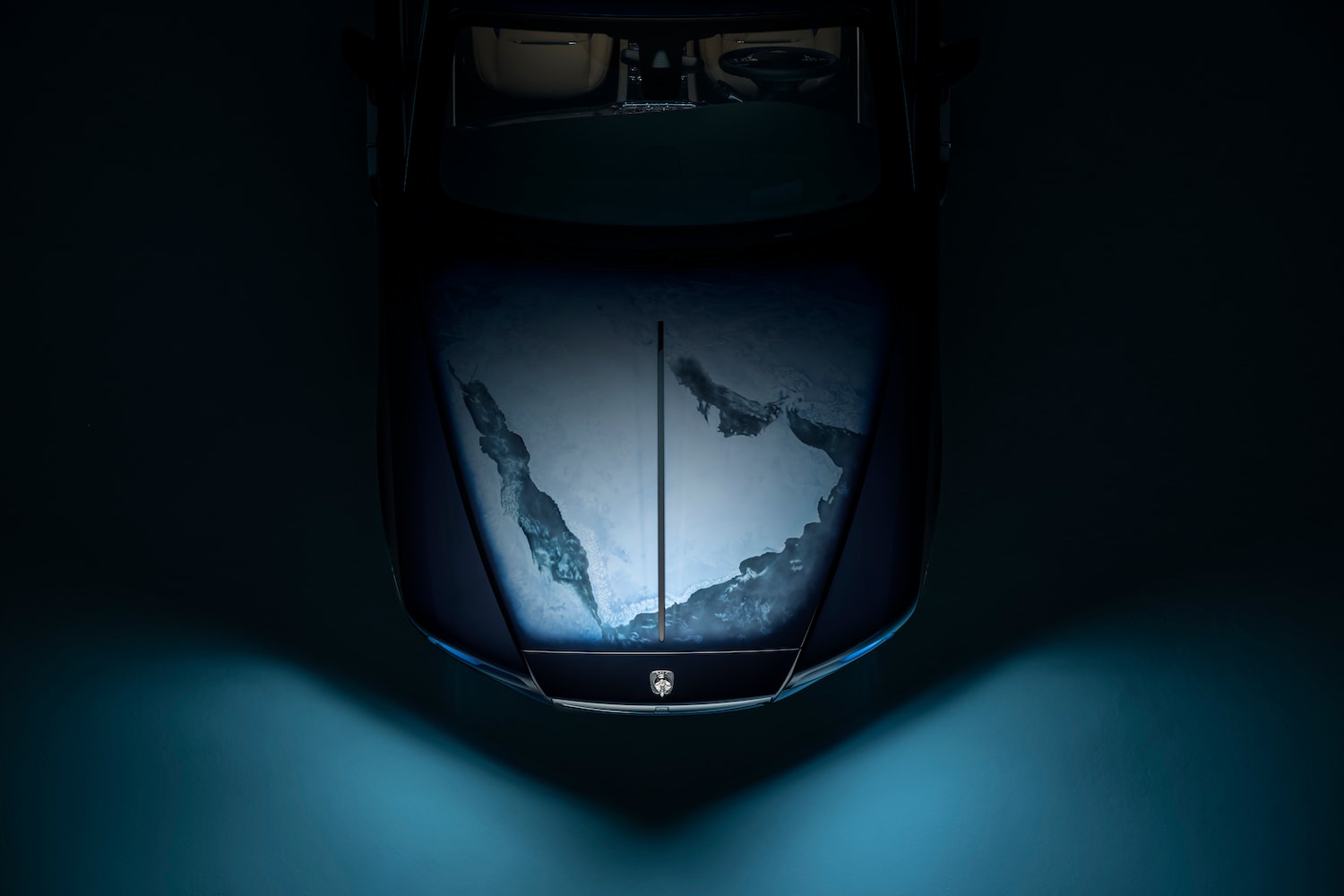 The emphasis on Earth and the entire solar system has been brought about with extreme precision and skill on the Bespoke Wraith.

The overall exterior of the Bespoke Wraith is done in Royal Blue which represents 75% of Earth's surface that is covered by water.

And stunning as it sounds and looks, that is not all.

Step inside the Bespoke Wraith and the focus on the planet and outer space continues to shine bright. The seats are made from Moccasin leather to mimic the sands of the Emirates’ deserts; Navy and Cobalto Blue accents are suggestive of rivers and lakes and Emerald Green piping symbolizes nature in all its forms. Even the stitching details are done in a way that seeks to pay tribute to clouds and translucent running water. 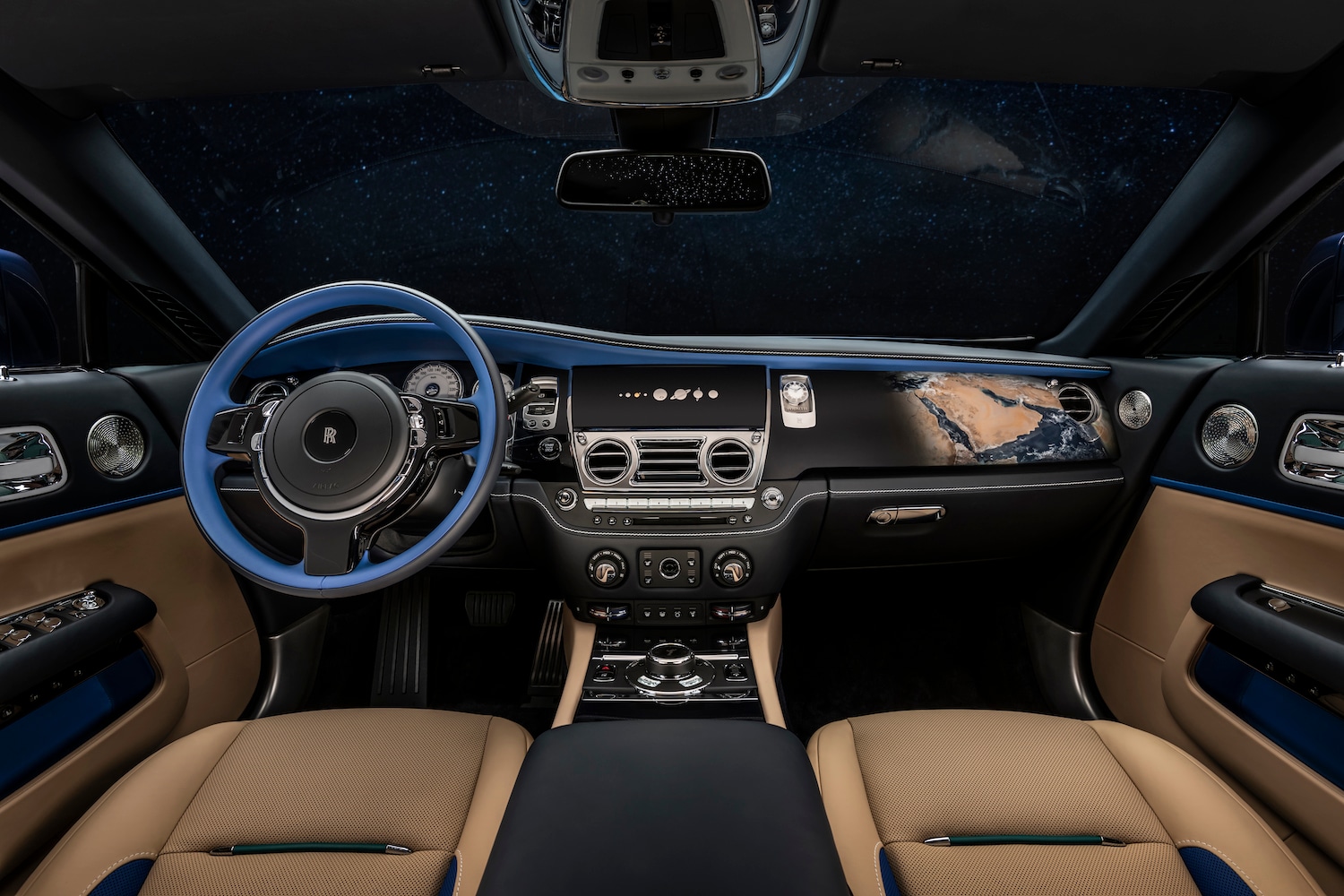 The cabin of Bespoke Wraith continues to pay homage to the solar system.

On the fascia, the Piano Milori veneer is embellished with a satellite image of the Middle East. The Bespoke Starlight Headliner is embroidered to illustrate all the planets of Solar System, centred on the Sun.