Home Auto Cars News 2021 Tata Safari To Be Revealed In Detail Today: What To Expect

2021 Tata Safari to be revealed in detail today: What to expect

Being based on the Harrier SUV, the Tata Safari embodies the same Land Rover D8 inspired OMEGARC platform.Safari will stand as the flagship offering from Tata Motors.
By : Prashant Singh
| Updated on: 26 Jan 2021, 12:01 PM 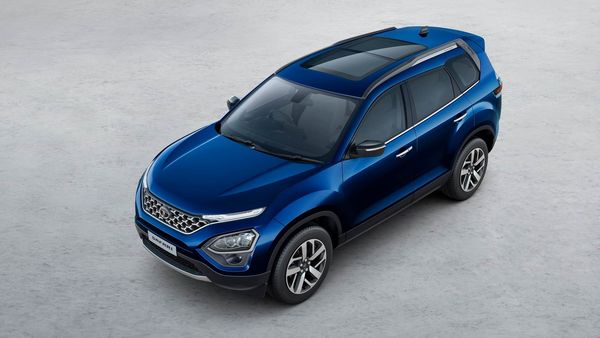 The Tata Safari is all-set to make a comeback in the Indian market very soon. While the prices of the seven-seat SUV will be revealed next month, later today (January 26) the car will break cover in its full glory.

The homegrown automaker has changed the nameplate of the upcoming seven-seat several times before finalising the Safari tag. It was previously known as the Gravitas and was also displayed at the Auto Expo 2020 in its pre-production form.

The Safari will stand as the flagship SUV in Tata's lineup. It will be an extension of the popular Harrier which has also seen a rise in demand in the last few months. The Safari will accommodate more occupants and will also offer a larger cabin space in comparison to the Harrier.

As revealed in the recent official studio images, the Safari will sport a very Harrier inspired front-end styling with sleek-looking headlamp DRLs positioned on the upper side of the hood. Headlights and front main grille will again be similar to the donor model, while bumpers will be new.

Tata Motors has stretched the rear overhang enabling longer length and extended cabin space. The Safari is visibly longer than Harrier, and the structural changes are also evident beyond its C-pillars. The rear-section too looks distinctive thanks to the new lights, bumper and a more up-straight tailgate.

Mechanically, expect the changes to be slim. It will be plonked with the same 2.0-litre, 4-cylinder diesel engine which is known to deliver 168 bhp of maximum power and 350 Nm of peak torque. The transmission options will include a 6-speed manual and a 6-speed torque converter automatic gearbox. Being based on the Harrier, the Safari embodies the same Land Rover D8 inspired OMEGARC platform.