Home Auto Cars News 2021 Ford Ecosport Will Not Launch In India. Here's Why

2021 Ford EcoSport will not launch in India. Here's why

The launch plans for the 2021 Ford EcoSport SUV have been axed.Ford has been witnessing dwindling sales in the country and blamed pilling losses for stoping local manufacturing.
By : HT Auto Desk
| Written By : Prashant Singh
| Updated on: 10 Sep 2021, 07:14 PM 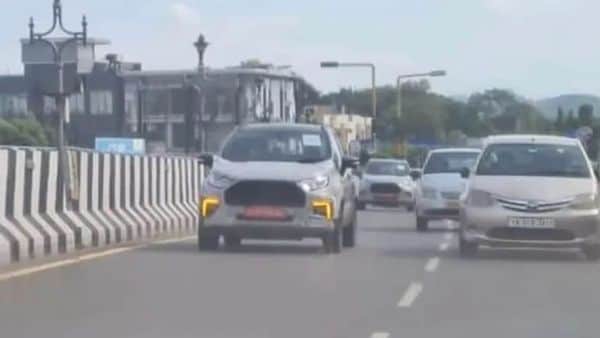 The launch plans for the 2021 Ford EcoSport SUV have been axed following the company's decision to shut down local manufacturing in India.

Ford has been testing the 2021 EcoSport SUV for quite some time in the Indian market but seems like the car may never actually launch in the country as Ford on Thursday announced the closure of its local manufacturing in India.

Ford has been witnessing dwindling sales in the country and blamed pilling losses for passing the latest decision. The new announcement comes as a shocker for the company that has been selling cars in India for almost two decades now.

Ford's EcoSport has been one of the most popular cars in the segment, and also the most selling model from Ford in India. The 2021 EcoSport could have been the second facelift for the vehicle. In fact, EcoSport started the compact sub-four meter SUV segment here in the country, which was later joined by cars such as Hyundai Venue, Maruti Brezza, Tata Nexon etc.

The EcoSport was earlier slated to receive Mahindra's 1.2-litre turbo petrol engine which was set to replace the EcoBoost powerplant, but the plans were trashed after both the companies decided to part ways earlier this year.

After Ford announced the closure of its Brazil plant, the company had also started manufacturing the left-hand-drive versions of the EcoSport in Chennai which were exported to markets like Argentina.

Needless to say, the EcoSport has been a strong seller for Ford in India, and its presence will be sorely missed. However, the company has said that it will continue to sell high-end imported cars and will also introduce Mustang Mach-E in India. (More details here)