BYD India has inaugurated their new passenger vehicle dealership in New Delhi. This is the fourth showroom for the Warren Buffett-backed EV manufacturer. The new dealership will be managed by Landmark BYD. The showroom is located in Okhla Industrial Hub. BYD says that the new showroom has been strategically placed in South Delhi because it is next to the border of Faridabad (Haryana) and Noida (Uttar Pradesh). 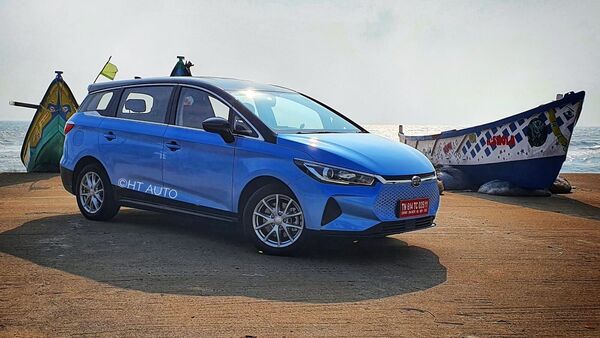 BYD is one of the largest EV makers in China, and also has a solid presence in the global markets, especially in Europe. (HT Auto/Prashant Singh)

According to BYD's Senior Vice President, New Delhi has immense potential for electric passenger vehicles. This is because Delhi Government's EV policy says that there are 18,000 electric charging stations being planned that will be installed in the city by 2024. The goal is to have one station for every 15 electric vehicles inside the city.

BYD currently has only one vehicle in their line-up, called e6. It is a five-seater premium MPV that has been brought to India as a CKD or Completely Knocked Down unit. BYD e6 starts at ₹29.15 lakh (ex-showroom) and is offered in two variants. There is GL and GLX. The GLX comes with AC fast charging option also. The driving range can be up to 500 km and using the DC charger, the battery can be topped up in 1.5 hours.